LA Rope at Threshold: Showa me Something New 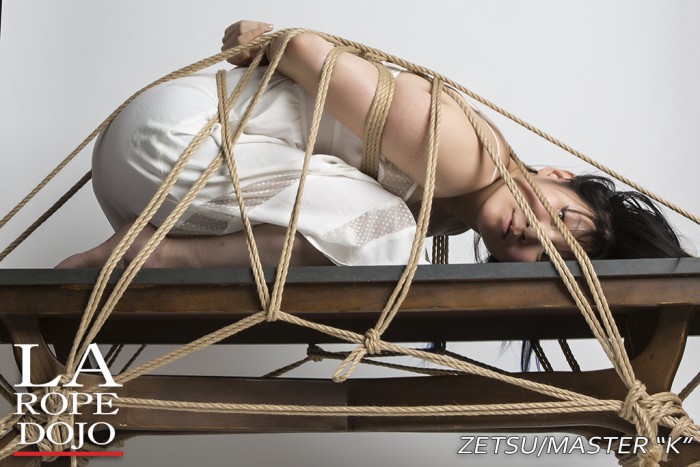 Most Japanese bondage classes start people off with the traditional box tie or takate kote. While that is an essential building block for many advanced techniques and, especially, suspensions, there is also a long tradition of other kinds of chest ties that serve different functions.

As rope evolved during the Showa era (1926-1989), people were experimenting with a vast array of different ties, techniques, and purposes. In this class, we will briefly explore the functions and aesthetics of Showa style rope (as contrasted with more modern styles and techniques) before teaching three gotes (hands behind the back ties) that you may have not seen before.

We will tap into the vaults of the old SM magazines and their “how to” sections to explore works of some important figures in the development of kinbaku who are not widely known in the west.

We will look at the ties of Nobuyuki Sanada, Roppongi Karou, and Eikichi Osada.

Founded in 2011, the LA Rope Dojo is dedicated to providing safe and traditional training in the Japanese art of kinbaku. We offer regular classes, workshops, intensives, and events to help build the LA rope and kinbaku community. We have brought Grandmaster Yukimura Haruki and rope master Akira Naka to Los Angeles to offer seminars and workshops.
Contact us: [email protected]